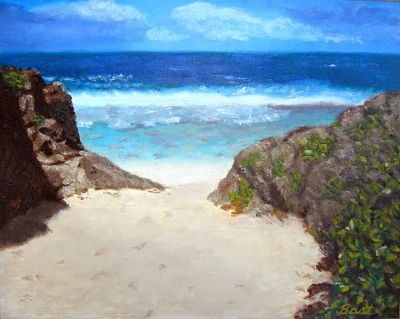 In 1988 I participated in an Earthwatch Expedition to Atiu Island, "Land of the Birds.".

Atiu, Cook Islands, is a raised coral atoll with a circumference of about 20 miles and land area of 10.4 square miles. Its 230-foot-high central plateau is surrounded by low swamps, beaches, and a 66-foot high coral reef containing many underground caves. Fertile volcanic soil and freshwater springs in the valleys allow cultivation and export of citrus fruits, taro, bananas, copra, and papayas. Coffee is also grown. Shipping is hampered by the lack of an adequate lagoon behind the fringing reef but there is an airstrip on the northeast coast. In the 1980s more than 1200 people lived in the island's five villages (by 2010 there would be only 511).