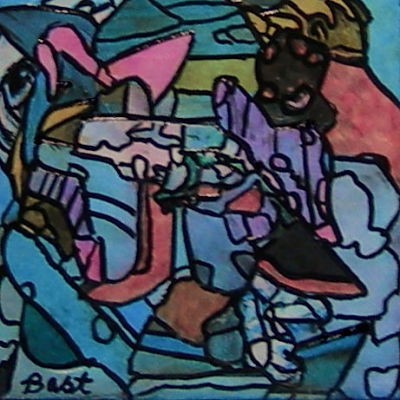 Sonia Gechtoff was among a group of California artists who engineered their own abstract style during the 1950s, shortly after their New York peers rose to mainstream fame. The Abstract Expressionist movement in New York was masculine and hostile toward women. Artists like Lee Krasner (married to Jackson Pollock) were expected to be wives first, then painters. But not so in the Bay Area, where Gechtoff said of her male cohort (painters like Richard Diebenkorn, Elmer Bischoff, Hassel Smith), “They treated me equally; they weren’t thinking of me as a woman painter, but as another painter.”