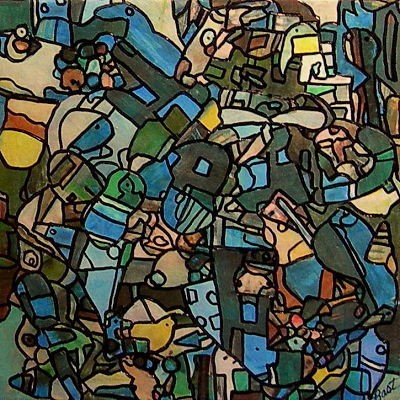 Emiko Nakano (1925-1990) was born in Sacramento California to immigrant parents from Japan. When the United States entered World War II her family was incarcerated for three years. After they returned to California, Nakano enrolled at the California School of Fine Arts from 1947 to 1951. From 1951 to 1959, she participated in the San Francisco Art Association oil painting, drawing/print, and watercolor annual exhibitions. By the mid-1950s, her work became increasingly abstracted and incorporated bright colors as well as Sumi-e ink. Densho Encyclopedia