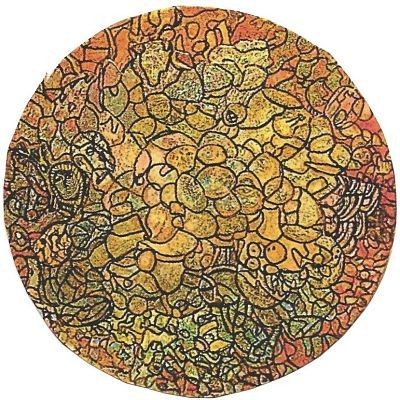 Janet Sobel (1893–1968) was the first to use the drip painting technique, which directly influenced Jackson Pollock.

Pollock first encountered Sobel’s paintings in Peggy Guggenheim’s 1945 exhibition "The Women." In art critic Clement Greenburg's later essay, "American-Type Painting,” he wrote: “Pollock (and I myself) admired these paintings rather furtively … [he] admitted these pictures had made an impact on him.” Two years later Pollock produced his first all over drip painting.